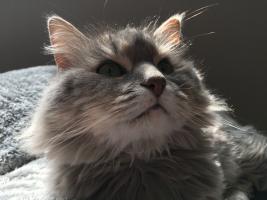 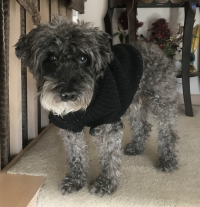 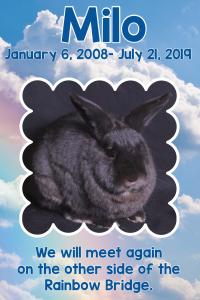 Milo Szczepanski of Crown Point crossed the Rainbow Bridge on Sunday July 21, 2019, after spending eleven wonderful, love filled years with her family. Milo as preceded in death by her best friend, Otis. Although Milo was eleven years old that did not stop her from from escaping her pen to get on top of the counter to eat bananas or bagels every once in awhile. Milo would surprise anyone with her Ninja skills. Milo loved bananas and papaya pellets. Milo’s kisses were warm and scratchy. Milo was a sweet, kind and funny rabbit, and she will be terribly missed. 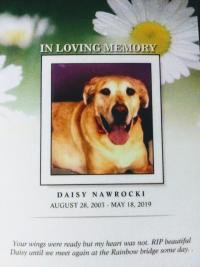 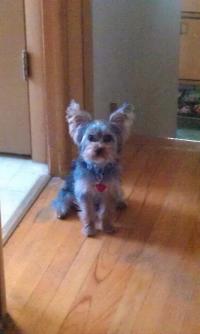 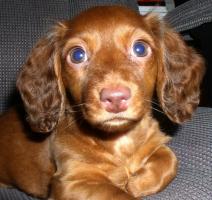 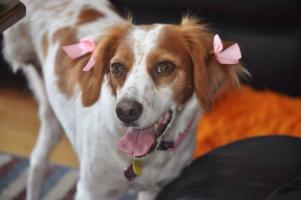